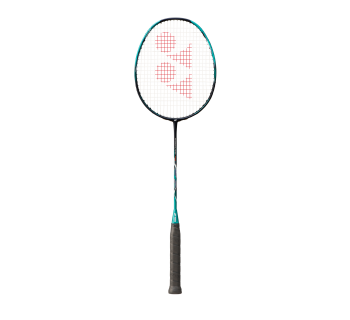 FREE GRIP UPGRADE
This racket is eligible for a free grip upgrade. Please note: we can not accept returns or exchanges on rackets that have been customised (this includes string and grip upgrades). The grip will be packed separately with the racket unless otherwise specified.

PU Air Grip (KA695) FREE
FREE RESTRING UPGRADE
PLEASE NOTE THIS RACKET IS UNSTRUNG
This racket is eligible for a free string upgrade. Please note: we can not accept returns or exchanges on rackets that have been customised (this includes string and grip upgrades).

Yonex Badminton AeroBite Hybrid Restring FREE
TENSION.
If you have selected a string upgrade, please select which tension you would like the racket strung at. Rackets without string upgrades will be dispatched with factory string. Please note: we can only string at tensions within the supplier recommended range.

While many players around the world prefer the touch and maneuverability of a head-light racquet, the one downside has been sacrificing the shuttle speed and power of a head-heavy racquet. Yonex Co. Ltd. has upended that contradiction with the new NANOFLARE 700, a head-light racquet built with unique technology and construction that helps players not only play nimbly but also achieve increased shuttle acceleration allowing them to hit deep into their opponent’s court.

To achieve this, designers and engineers at Yonex reimagined frame design. The NANOFLARE 700 is the first racquet to utilize the Sonic Flare System design, utilizing the latest in graphite technologies, such as TORAYCA® M40X*, to create a stable yet highly repulsive head shape.

Additionally, by designing a highly aero-dimensional shape built to compress and “snap back.” they were able to realize an ultra-light racquet (5U avg. 78g) for players who demand agility, that is also able to launch the shuttle at speeds not before possible in a head-light racquet. This also results in a greater hitting feeling and less impact on the player’s arm.


Your Review: Note: HTML is not translated!